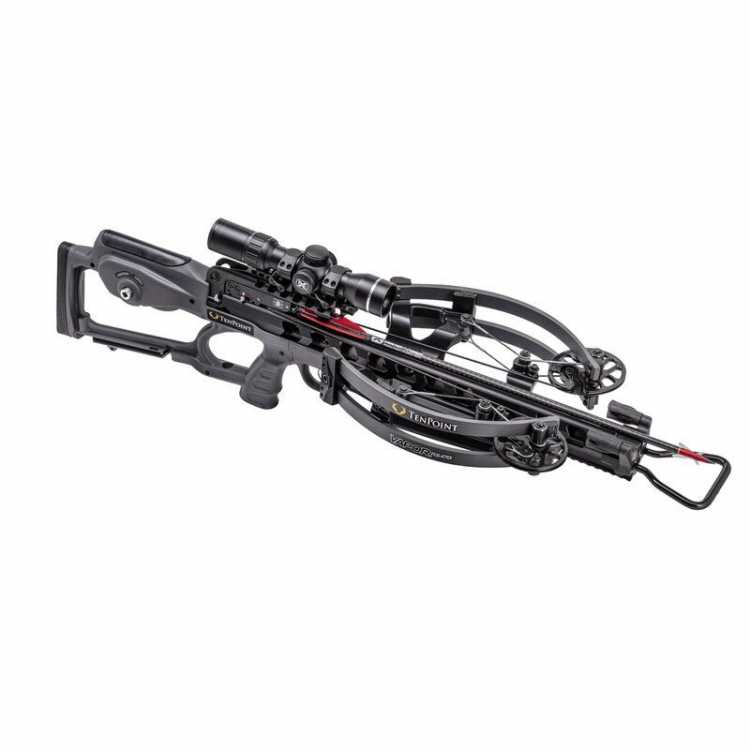 €2,859.95
Tax included
Stock status: Very low
Last ones in stock
Will be ordered for you

The best of the best! Driven by a reverse cam system that enables a power stroke of 17 inches, the Vapor RS 470 generates extreme arrow speeds of up to 470 fps. In addition, the Vapor RS470 is equipped with TenPoint's new and revolutionary ACUslide Silent Cocking System, with which the crossbow can now be cocked silently. Despite everything, this powerhouse is based on an ultra-compact design with a width of only 6.5 inches.

The Vapor RS470 is factory-fitted with TenPoints 2-Stage S1 trigger. The trigger weight is 3.5 pounds.